Est. Reading: 4 minutes
Everyone needs a little culture and entertainment now and then. Thank goodness Nebula Cinemas have found a new home in Joburg - CineCentre Killarney Mall! Come and see all the very best productions straight from London stages during their 2020 summer season. 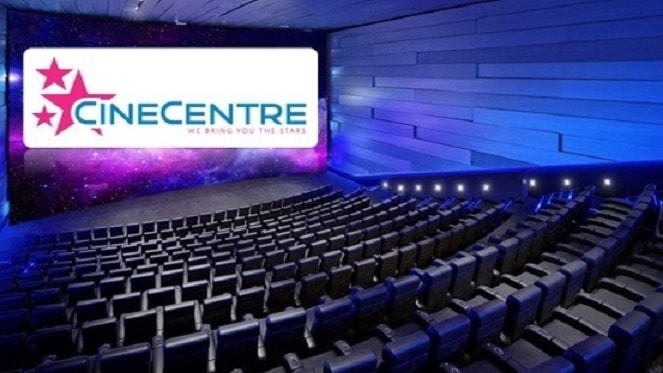 Nebula Production Company are the exclusive cinematic distributors for The Royal Opera House and The Royal Shakespeare Co. for Southern Africa, bringing audiences the best recorded performances straight from London at their venues around Johannesburg. In August 2019, Nebula Cinemas announced that they would be shutting down their venue at Delta Park to move onto bigger and better things. Fans were told to keep their ears to the ground as the cinema negotiated to find their new home.

Nebula Cinemas later announced their new partnership - CineCentre at Killarney Mall! This world-class cinema offers Royal Opera fans more comfort and a greater variety of awesome shows. As one of the only exhibitors of ROH and Royal Shakespeare Company productions, this CineCentre is about to get a whole lot more popular.

CineCentre is an exclusive cinema complex managed by the Avalon Group. What sets their cinema experience apart from all others is comfort, convenience and curated entertainment. Firstly, CineCentre's seating is amazing! Closer to couch than cramped movie house chair, these seats will help you relax and enjoy your Royal Opera House experience (these screenings are often over three hours long, so comfort is a must). Situated at Killarney Mall, CineCentre is accessible from all corners of Joburg. So, whether you live in the city centre, in the trendy north or way out in the west, you are never further than an hour away from your favourite cinema experience. Those of you who dwell in the East of Johannesburg can take a short trip to the Nebula Micro Cinema in Benoni. While a lot smaller than CineCentre, this independent cinema house offers just as much good culture and great cinema.

Royal Opera House and Royal Shakespeare Company screenings are held at CineCentre Killarney Mall every Sunday at 13:00. Keep an eye on their Facebook page for updates.

Nebula Cinemas have a great lineup in store for you. Their 2020 summer season promises to be glorious - featuring all your favourite ballets, operas and dramas, as well as a few new theatre gems. Our top three picks for the season are:

Coppèlia is a comic ballet, first performed in 1870. With original score by Léo Delibes, the Royal Ballet will whisk you away on an adventure with this whimsical performance. Mayara Magri dances Swanilda, while Cesar Corrales performs the role of Franz. Thomas Whitehead dances the conniving Dr Coppélius.

Coppèlia tells the story of a young man, Franz, who inadvertently falls in love with a life-size mechanical doll invented by Dr Coppélius. Devastated by his betrayal, Franz' betrothed, Swanilda, schemes to learn more about this Coppèlia. Franz plans to meet his beloved by climbing her balcony to where she sits and reads, motionless day after day. But, when Dr Coppélius discovers their plans, things start to unravel. The Doctor plans to steal Franz' spirit to transfer it to the lifeless Coppèlia! He prepares a deadly spell, but Franz narrowly escapes with the help of Swanilda.

Franz and Swanilda reunite, much to the celebration of the townspeople. Meanwhile, the mayor pays off Dr Coppélius and they all live happily ever after.

Get your tickets here. The Royal Shakespeare Company's rendition of the Bard's comedy of errors, Twelfth Night, is headed to Nebula Cinemas at CineCentre Killarney this February. A tale of unrequited love, this is the perfect screening for Valentine's Month. The confusion begins when twins, Viola and Sebastian, are separated in a shipwreck. Landing on a foreign island, Viola disguises herself as her brother to survive. But, when she falls deeply in love with the Count Orsino, the plot begins to unravel. Orsino dotes on the maiden Olivia, who in turn falls for Viola in disguise. The drama reaches its pinnacle when Sebastian makes a dramatic return.

Twelfth Night has inspired many pop-culture spin-offs thanks to its universal message of young misguided love. Bring your single friends along for a laugh a minute experience.

The Curse Of Sleeping Beauty

The Royal Ballet presents their rendition of the classic Sleeping Beauty with a slightly dark twist. Sure to cast it's spell over anyone who sees it, this production combines Royal Ballet tradition with new sections created by Frederick Ashton, Anthony Dowell and Christopher Wheeldon. Throughout the production, Tchaikovsky’s masterful score takes the drama of the dance to a height of passion, sophistication and intensity that arguably has never been surpassed.

If you aren't familiar with the story of Sleeping Beauty, here's how it goes:

The wicked fairy, Carabosse, is infuriated when she doesn't receive an invitation to Princess Aurora’s christening. In her vengeance, she gives the baby a spindle, cursing Aurora to one day prick her finger on it and die. Bur, the Lilac Fairy bestows her own christening gift, softening Carabosse's curse: Aurora will not die, but will fall into a deep sleep, which only a prince's kiss will break.

On her 16th birthday, Aurora discovers the spindle and pricks her finger. She falls into an enchanted sleep, and the whole palace sleeps with her. One hundred years later, Prince Florimund discovers the palace, hidden deep within a great, dark forest. He awakens Aurora with a kiss.