The National Children’s Theatre is a celebrated icon of family-fun and educational theatre for kids aged 5 – 9. Join them this festive season for a fantastic lineup of kid-friendly shows. 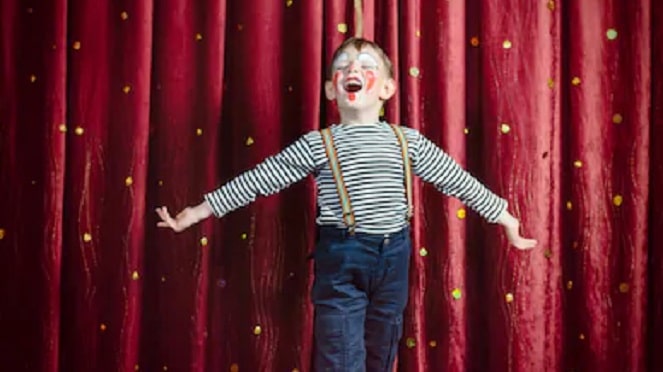 This year, the National Children’s Theatre celebrates 30 years of dedication to children’s theatre. Since its establishment in 1989, NCT has built on its reputation as a leader in educational children’s theatre. Making its mark by providing artistic excellence, building community partnerships and developing a new generation of theatre supporters through entertaining, engaging, and most importantly, educational programmes.

NCT stage four full productions per year, bringing the joy and love of theatre to little ones from all around Johannesburg. They often host school tours, welcoming in excited children in their bus loads. The theatre space is quirky and plays to a child’s imagination. Housed within two heritage sites donated by the Joburg City Council in historic Parktown, this is the ideal place to introduce your children to the world of theatre and storytelling. So, why not bring them along these school holidays for a magical adventure into some of the greatest children’s stories ever written? 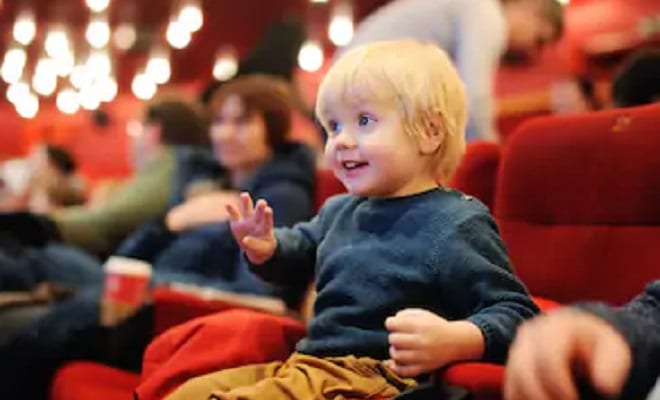 The National Children’s Theatre present two awesome shows in the run up to the holiday season, Roald Dahl’s Charlie and the Chocolate Factory and Dr Seuss’s The Cat In The Hat! While these are not strictly Christmas themed titles, they do bring a sense of wonder and magic to the stage. Plus, audiences of all ages can enjoy the trickery, emotion and friendships portrayed in these timeless classics. If your darlings have never seen a live stage play before, then make sure to bring them to see these shows!

Charlie and the Chocolate Factory

Roald Dahl’s Charlie and the Chocolate Factory was first published 50 years ago. However, this delightful tale about a determined young chocolate connoisseur and his wacky mentor still enchants children and adults world over to this day. For the first time ever, the stage adaptation of Dahl’s classic will be performed at the National Children’s Theatre. As NCT’s final production for the season, this promises to be a smashing success. Dramatised for the stage by Richard George, Charlie and the Chocolate Factory brings all your best loved characters to vivid life.

Join Charlie Bucket on his adventure of a lifetime. His plain, drab life is about to sweeten with colour and confection beyond his wildest dreams. He and his beloved Grandpa embark on a mesmerizing joyride through a world of pure imagination. All your favourite (and un-favourite!) Roald Dahl characters come to life onstage, including Augustus Gloop, Violet Beauregarde, Veruca Salt, TV Mike, Charlie’s other grandpa and the grandmas, Willy Wonka and, of course, Charlie himself.

This beloved tale is bound to draw in audiences quickly, so book your tickets as soon as possible! Click here for more information.

The Cat In The Hat

Everyone’s favourite cat comes to life this festive season at NCT. Dr Seuss’s infamous Cat in the Hat pounces onto stage in December, bringing you and the kiddies a whole bunch of laughs.

Join Sally and her brother as their rainy-day blues are turned upside-down by a playful stranger in a striped hat. From the moment his tall, red-and-white-striped hat appears at their door, Sally and her brother are in for a roller coaster ride of havoc and mayhem! It all seems under control until the Cat unleashes Thing 1 and Thing 2, who do their best to cause absolute mayhem. The children are thus left to wonder what their mother will say when she returns home. Will their house ever be the same? And, should they tell mother what happened?

Dr Seuss’s The Cat In The Hat teaches children that they can make their own fun with nothing but a little imagination. Along with Thing 1 and Thing 2, the Cat will fill the theatre with mischievous humour and madcap style. The talented cast, headed by Naledi Award Winner, Jaques De Silva, includes two other professional actors, as well as eight children from NCT workshops. 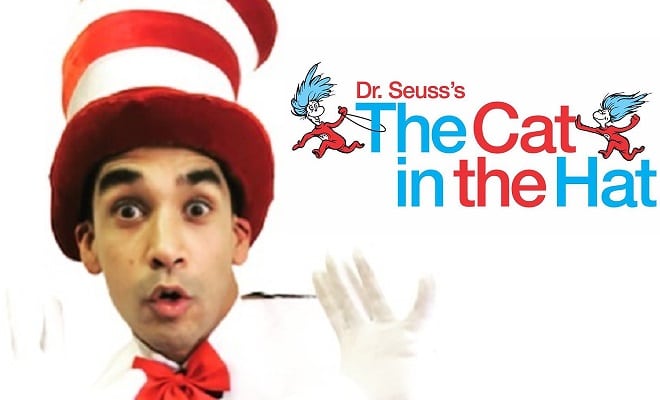 The Cat In The Hat promises to enrapture audiences young and old with their outstanding performances, perfect for those days when the kids have nothing to do at home during the holidays!

Is your little one a stage star in the making? Then, enroll them in the NCT Musical Theatre Holiday Camp programme, offering prima donnas between the ages of 5 – 16 the opportunity to hone their skills and learn all about the magic behind the stage craft. Taking place over five days in the December holidays, this is the perfect alternative to having the kids spend their vacation days glued in front of the television.

Children will be divided into acting troupes according to their age. There will be four troupes in total, with kids aged 5 – 7, 8 – 10, 11 – 13 and 14 – 16. Each group will learn a new set of skills, including singing, dancing, mask making and stage management. At the end of the programme, kids will perform songs from Seussical Jr, Frozen, The Greatest Showman and Hamilton!

What Is It? All you Joburg yogis, come and join Roots Yoga Studio at the beautiful Landje 46 for another......