Jazzists and music lovers, here is some super exciting news to get your toes tapping! Carnegie Hall’s National Youth Jazz Orchestra will be touring Joburg for the first time since their inception in 2018. With trumpeter, Sean Jones heading up this talented youth orchestra, and Grammy award-winner, Dianne Reeves featuring as a special guest, this event is definitely one you won’t want to miss! 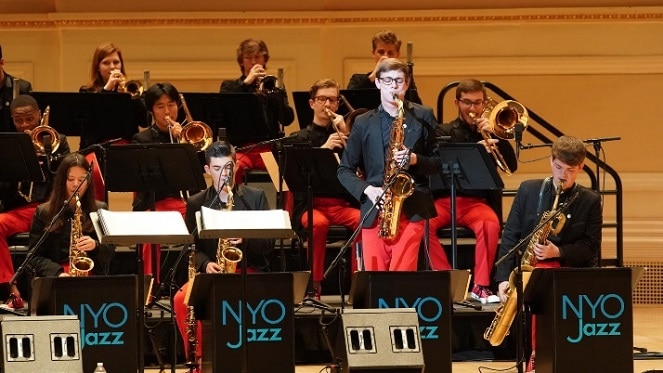 This winter, Carnegie Hall’s critically-acclaimed national youth jazz orchestra, NYO Jazz, returns for its third season of extraordinary music-making, making its first-ever tour to South Africa from 24 June to 7 July 2020. This remarkable ensemble, created by Carnegie Hall’s Weill Music Institute in 2018, annually brings together some of the most outstanding teen jazz musicians from across the United States. Training, performing and touring together with some of the world’s greatest artists, NYO Jazz serve as music ambassadors for their country.

NYO Jazz’s historic visit to South Africa will include debut performances in Cape Town, Johannesburg, Makhanda and Bloemfontein. This marks the first time that one of Carnegie Hall’s three acclaimed national youth ensembles will perform on the African continent. It follows successful international tours by NYO Jazz to some of Europe’s most prestigious concert halls and music festivals in 2018, and the ensemble’s debut tour to Asia in 2019.

Celebrated trumpeter, Sean Jones returns to lead NYO Jazz in 2020. He is joined by iconic jazz vocalist, Dianne Reeves, as a special guest. These NYO Jazz concerts will offer a rare chance to hear the five-time Grammy award-winning vocalist performing with a big band, singing jazz standards in arrangements that have been especially made for her. The ensemble’s diverse repertoire will also feature a new composition by John Beasley, commissioned by Carnegie Hall for this tour, and other contemporary pieces that explore jazz’s influence on hip-hop, R&B and pop music, alongside big band standards.

“We are thrilled to have NYO Jazz make its debut in South Africa this summer—the first visit to Africa by any of our national youth ensembles,” said Clive Gillinson, Executive and Artistic Director of Carnegie Hall. “Given South Africa’s extraordinarily rich music traditions, which include a deep passion for jazz, we know this tour will be a tremendous opportunity for musical and cultural discovery for these amazing young players. We are proud to showcase their incredible depth of talent and the high level of musicianship found across the United States as we find ways to connect the members of NYO Jazz with young musicians and music lovers across the country.”

NYO Jazz’s 2020 roster will be announced by Carnegie Hall in early April 2020. In preparation for this historic tour, the musicians will arrive in New York in mid-June to begin an intensive 10-day training residency. They will work with world-class jazz masters on the campus of Purchase College, State University of New York, located just north of New York City. Immediately following the residency, NYO Jazz will embark on tour to South Africa and then return home for its annual concert at Carnegie Hall.

You won’t want to miss out on this, so keep an eye out for updates on their Facebook page and website.

Ticket prices will be announced in April 2020.

Lillian Gray Art School is one of Joburg's foremost fine arts schools for children and adults, run by renowned graphic......