Home » Bacardi Legacy Scouts For The Next World Champion Bartender

Bacardi Legacy Scouts For The Next World Champion Bartender

Est. Reading: 2 minutes
Bartenders across the globe urged to 'be part of the Legacy' as competition announces new Wildcard opportunity to compete in Miami for the global title on 6th of May 2020. 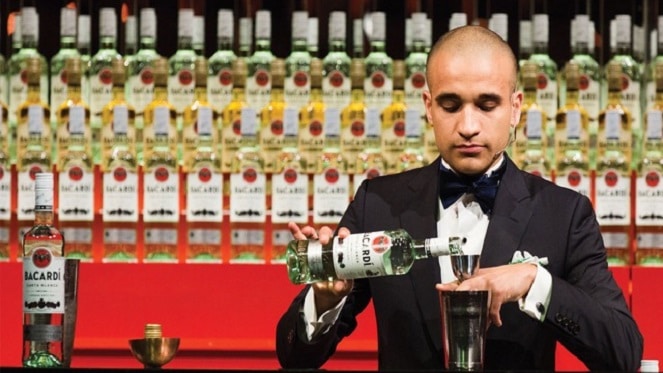 Come Be Part Of The Legacy

The Barcadi Legacy Cocktail Competition is opening entries on the 20th of June 2019 for its 2020 global finals with is exciting news that will allow bartenders from all over the world to enter, regardless of whether their country currently participates. Forty of the world's most innovative and exceptional bartenders will compete for the global title and one spot will be taken by the winner of the new Wildcard entry channel , of course bringing the opportunity to create a lasting legacy and join the Barcadi Legacy Gran Familia to more bartenders than ever before. How and Where To Enter

All bartenders can enter BARCADÍ Legacy from the 20th of June by visiting www.barcadilegacy.com.  Thirty nine countries will be represented in next year's final but, until now bartenders could only enter if they worked in a participating country.

The BACARDÍ Legacy Cocktail Competition is one of the world's largest cocktail competitions and receives thousands of entries each year. BACARDÍ rum has long historical association with classic cocktails and bartenders are drawn to the challenge to create an original cocktail that will likewise stand the test of time, become established in the industry and leave a legacy. Competing in BACARDÍ Legacy offers not only a career-defining opportunity to create the next BACARDÍ Legacy cocktail, but also an induction into the ever growing BACARDÍ Legacy 'Gran Familia' - an invaluable network of support and shared knowledge, as past competitors have stated.

What To Do To Win

Competitors are invited to create an original BACARDÍ rum drink, using no more than six ingredients and compete through the national final rounds. The Global Finals offer an incredible week of education and competition, welcoming bartenders to rub shoulders with some of the true legends of the bartending world and join the BACARDÍ 'Gran Familia'. BACARDÍ offers year-long support for the global winner to further their career by creating experiences tailored to meet their goals – providing them with opportunities to travel, work with the industry's best and serve their winning 'Legacy' cocktail at some of the finest bars in the world.